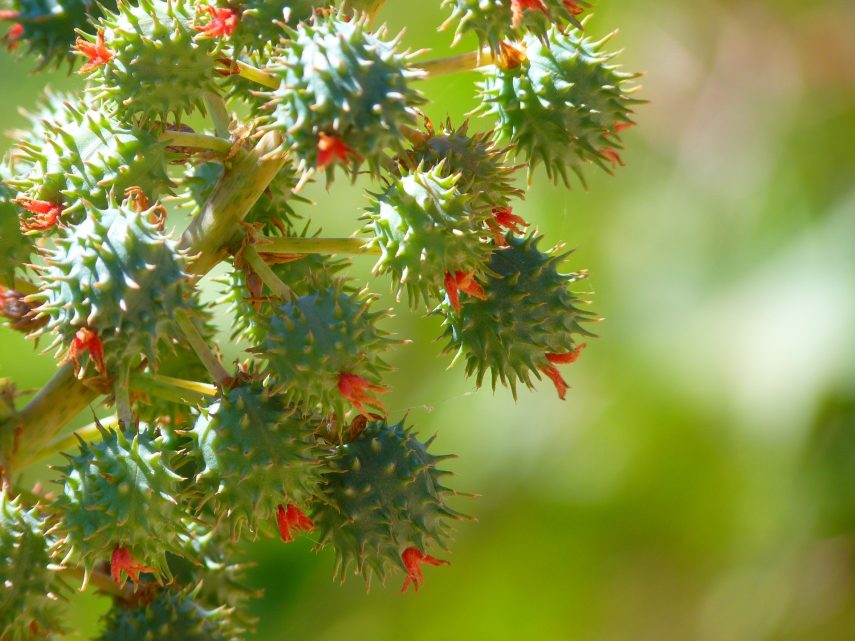 Whenever I suggest castor oil to clients, I see the same – horrified – expression on their faces… So, let’s clear this up right from the start – I am not going to ask you to drink it, but rather use it as an external pack for healing. Phew!

Castor oil has been used therapeutically for centuries in the medicine of Egypt, India, China, Greece, Rome and Africa, traditionally as a laxative but has become known more recently in the form of external packs.

I use castor oil packs a lot in my practice as a Mizan Practitioner. They are an excellent tool for breast cysts, fibroids, ovarian cysts, congestion of abdominal organs, skin conditions, small benign cysts, and adhesions from surgery. Wherever there is congestion, scar tissue, decreased blood flow and need for healing, castor oil can be an effective treatment option.

How to apply a castor oil pack

You need a piece of flannel, preferably wool, but cotton will do, that when folded three times is large enough to cover the affected area. Put this into a bowl and soak it in castor oil; it should be saturated but not dripping. For many years I recommended heating this in the oven, but you’re going to be using a hot water bottle, so it will soon warm up without prior heating.

Prepare a place where you can relax for about an hour. Put a towel down and get cling film ready, or cut a piece from a plastic bag slightly larger than the size of the flannel. You’ll also need a hot water bottle or an electric heat pad. Make sure you have a book, TV remote, music, phone nearby.

Lie down on your towel and place the pack on your abdomen (or whatever area you are treating). Cover with the cling film. Wrap the towel around you and place either a heat pad or a hot water bottle over the top. Now relax for an hour and let the castor oil do its work.

You must protect sofas, bedding, clothes, as the oil can stain. Use old towels, shower curtains and wear old clothes. Baking soda in the wash can help to remove staining.

After you remove the pack, clean the area with a solution of one tablespoon of baking soda dissolved in a cup of warm water.

Your pack can be used again and again. Store it in a glass jar. Don’t refrigerate – castor oil is a tropical oil and the fridge is too cold; equally, don’t sit it near the radiator or it will go rancid quickly. Stored correctly your castor oil pack should be good for about 30 uses (you may need to recharge it with a little more oil each time). If it begins to smell rancid, throw it away and start another one.

If other members of your family are using castor oil packs, each must have their own, clearly labelled so that no mix-up occurs.

How often to use the pack

A typical regimen for non-acute conditions is three times a week, every other night for three weeks with the fourth week off (the week of the bleed). Repeat this for two more menstrual cycles.

For acute conditions, use for 30 minutes nightly for five nights, take two nights off, then repeat the cycle for two weeks or until the condition is resolved.

Cautions: Never use castor oil packs during pregnancy, during breastfeeding or if there is broken skin. Sometimes a rash appears on the site of the pack. This is a normal response to the elimination of toxins. Simply cleanse the area with a tablespoon of baking soda dissolved in a cup of warm water.