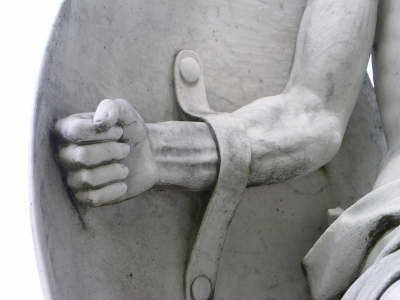 I saw a client this morning, her sixth visit. She came initially because she was trying to get pregnant, but she had no menstrual cycles. After three treatments her cycles regular. Then there was an unavoidable long break. By the time she saw me again, she hadn’t menstruated for two months. And it has taken us another three months to get it back.

During our initial consultation she talked mostly about her relationship with her husband, and it wasn’t good. They lived next door to his parents, and her in-laws gave her a hard time and interfered frequently. Her husband, rather than standing by her, instead sided with his family. How can she change him? she wanted to know. I explained that we can only change ourselves – and that was a hard enough task. I assured her that when she changed, all her relationships would be transformed. She looked unconvinced. We also spent some time discussing emotional holding, the physical symptoms were often a manifestation of our emotions, how the body holds trauma; not only our own but also family trauma – so it might not even be her own stuff she’s carrying around. Again, she looked at me sceptically.

Each time I’ve seen her, she’s been a little less tense, a little lighter, a little more life than the previous visit.

Fast forward to today, and she sashayed into the room, a huge smile on her face and definitely owning the space around her. It was a delight to see. I asked my usual question: “What’s changed?” And she told me – she has. And with that change so has her relationship with her husband and with her in-laws. Not to mention the dynamic between her husband and his family. She stopped reacting to their interference, stopped complaining about it, stopped giving it any reality, in fact.

When she stopped reacting, her husband began standing by her side. It was if when he stopped having to defend his family, he started to see it for what it was. And now, he started complaining to her about them, and she tells him to ignore it. So not only had she started healing her own traumas, her husband was now beginning his own journey to heal his. It all made sense to her in the context of what we’d spoken about at that first session.

As if this wasn’t enough of a shift, she went on to tell me that she was going to continue coming for treatments, but this was no longer for the purpose of getting pregnant. What she wanted to do was to keep improving her health and well-being, and recognised that anything that came as a result of that was a bonus. She’s become her own priority, relaxed into the confidence of what will be will be, and accepts whatever outcome is destined for her.

I don’t take credit for this, I am honoured to have walked a part of the journey with a wonderful woman who decided to choose wholeness, wanted to embrace what she can be. It didn’t happen overnight, it’s been hard work for her, but she’s faced the task and accepted the challenge.  I love my job!