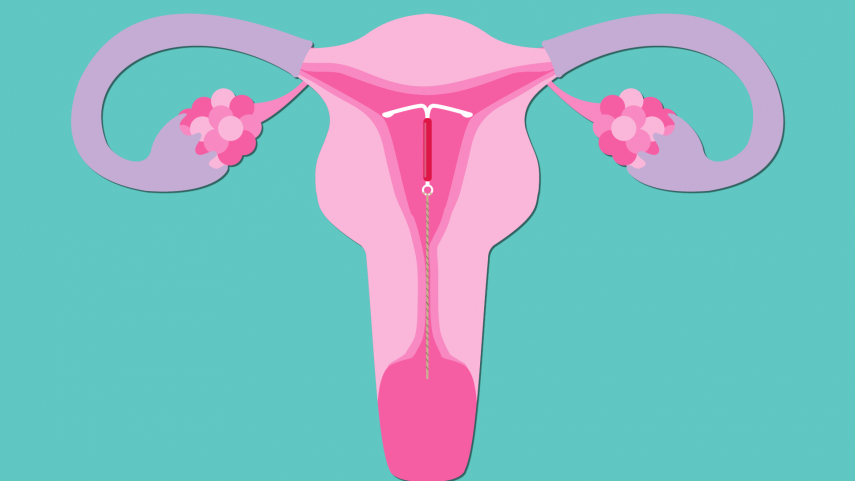 I’ve been advocating for women’s choice for many years, supporting women’s autonomy to make the decisions that are right for them, at that moment in time. But it’s important to have as much information as possible to make truly informed choices.

Here’s the low-down on IUDs that your contraceptive provider probably won’t tell you.

If you go online and use a search term such as “IUD erratic bleeding” the first results you’ll see extol the virtues of IUDs, suggesting that side effects – erratic bleeding in this instance – is just your body adjusting and it will all settle down after a short time. In fact, search pretty much any “risk” and you’ll find that most of the problems associated with the IUD are normalised and minimised. Why is there this silence around the health challenges posed by IUDs?

The Mirena continually releases a low quantity of synthetic progesterone. For those who like technical details, that’s 20mcg of levonorgestrel per day. As with birth control pills, this can be a problem in itself; it suppresses the natural hormonal rhythm. In a normal menstrual cycle, progesterone and oestrogen levels fluctuate, performing a delicate dance together. It’s abnormal to have a constant level of progesterone every day. In addition, it’s synthetic, so not the same as progesterone made by the body.

Anything that negatively affects the womb and ovaries, can also have the same effect on the supporting muscles and ligaments in the pelvis, as well as the gluteus, piriformis and adductors. The Mirena can cause fatigue and weakness in these muscles leading to back pain, hip pain, abdominal pain and pelvic instability. Any problem at the centre of the body can cause associated issues above or below, so even problems with the shoulders, neck, legs, knees, ankles and feet can have their origin in the womb.

Then there is the T-shaped copper IUD, which can remain in place for up to ten years, continuously releasing copper.

Women can respond differently to copper. It is an essential mineral, but can also act as a heavy metal when it is out of balance in the body. One of the biggest problems may be on the health of the gallbladder and liver.

Copper also has an association with oestrogen, so as the copper increases, so does oestrogen. Many women’s reproductive health issues are caused by oestrogen dominance, so adding to the oestrogen overload can cause such challenges as PMS, excess body fat and even cancers.

The copper in the IUD can oxidise, causing lesions and damage to the cervix and womb.

IUDs can be hugely detrimental to women’s health, both short and long term

The FDA receives thousands of reports of women suffering complications from Mirena IUDs, many of which are of such severity that woman need surgery to remove the devices. Some have caused infertility or intestinal injury as a result.

Reports from Bayer indicate they are aware that as many as one in a thousand women using Mirena could suffer such injuries.

Any IUD is a foreign device in the body, causing constant inflammation in the womb. The womb is not intended to have a piece of metal inserted and left for five or ten years. Imagine walking around with a piece of grit in your shoe all day…..

These are common known and accepted side effects:

Even that long list is not complete; many women experience mysterious symptoms that are never linked back to the IUD.

IUDs can cause changes in bleeding

The U.S. Food and Drug Administration has received over 45,000 reports of women suffering from IUD-related bleeding complications.

Absence of menstruation, spotting, irregular bleeding, heavy and even continuous bleeding have all been reported bleeding patterns associated with the Mirena.

In research involving used sanitary products, copper IUDs have been shown to increase menstrual blood loss by about 50% over pre-insertion levels at least in the first 12 months.

In the first nine-week period, 38% of participants reported more menstrual pain with the IUD compared to before using the IUD.

Many women in the study had to be discounted because they didn’t stick it out, having the IUD removed because the pain was so unbearable, the actual figures were higher than 38%.

There is a very serious concern that an IUD can perforate the uterus. It can then migrate to other areas of the body and has been found in the abdominal cavity, the pelvis, the bladder and even the heart. I don’t mean to be alarmist, but they have been found to travel around the body in the blood vessels.

These are from just three women after an online search. There are many, many, more.

And a story from a third woman:

Within 48 hours of having the IUD inserted, I had a distinct yellow hue on my face, which was pointed out to me by others. It faded soon after. After those first two days, the roller coaster started. Symptoms included: depression (suicidal thoughts), anxiety, moodiness, over-sensitivity, weight gain, bloated face, increased appetite, “stress eating,” heavy bleeding and cramping, lines on my face, muscle weakness, fatigue, brain fog, inability to make even the smallest decisions, inability to plan two steps ahead, inability to think creatively, and feeling totally overwhelmed. I cried all the time. This was very unlike me. I am not prone to depression.

I tried to take zinc, thinking it would counter the copper. I stopped taking it, however, because zinc made all the symptoms worse. Finally, after having the IUD removed, all my symptoms went away within a few weeks.

Having an IUD removed

Most doctors are reluctant to remove an IUD unless a woman is having definite symptoms. Ultimately, though, it is a woman’s choice, and she cannot be refused.

Once the IUD is removed, many women find that symptoms calm down relatively quickly. However, others find that their symptoms continue until their system is “reset”. A series of treatments with a Mizan practitioner should help to normalise imbalances caused by the IUD. Mizan itself will be helpful, plus the added resources that a practitioner may advise alongside some dietary and lifestyle changes.