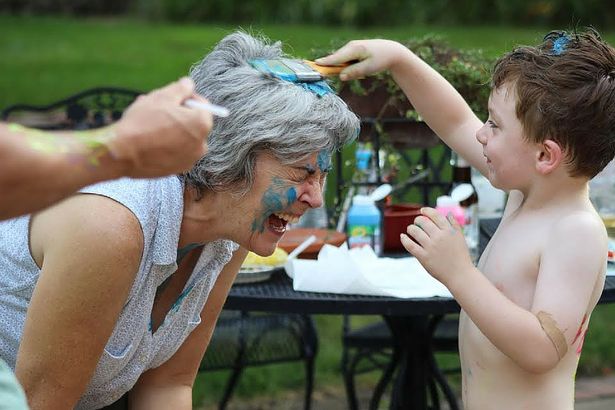 Will the adult please stand up?

Or, some thoughts on ageing.

The male family members were otherwise engaged, so there was just myself and my daughters sitting down to dinner. Which gave us a good opportunity for some girl talk. There’s less mother and daughter stuff now, as they are both young women, so it was a chance for some interesting conversations, of the type that are impossible with my son and husband around.

My own mother is much on my mind recently as the anniversary of her death approaches. We weren’t always close, the generation difference was much more stark between those who lived through World War 2 and those of us who grew up in the hippy, tune in, turn on and drop out years. But still, we had our moments and it’s now that I look back I realise the patience with which she raised me, her wild child, the non-conformist, the experimenter; the one who always took the hardest road.

But back to the kitchen table and my daughters. My 16-year old turned to her older sister, shocked at something she said. “Don’t be so childish! You’re supposed to be more responsible than that – you’re 21!”

And I remembered an afternoon many years ago spent with my mother and a family friend. They were both visiting me, I had recently had a baby so often became distracted from the conversation and found myself listening more than partaking. The family friend, somewhere between my generation and my mother’s, was saying that she felt no different than she had when she was young and often was slightly surprised by her reflection in the mirror. My mother agreed that she still experienced that and felt no different than she did when she was a young woman.

At the time, I didn’t think much of it. I was still young and carefree, though that was changing with the addition of a child to the family. Then one day I found myself in a situation that required someone to step in and take control – you know, a time when an adult was needed. I looked around and slowly I began to realise that everyone else was turning me…. I was considered to be that person!

When did this happen? When had I become the responsible adult? I still don’t feel like one, I still feel much as I had in the sex, drugs and rock ’n’ roll years. Growing up, I’d assumed that there was some defining point at which you became an adult. All those years ago (!) there was a very distinct difference between young people and adults; their attitudes, behaviour, dress were all very different. I frequently heard the phrase “mutton dressed as lamb” from those around me. I guess I just thought at some point I’d think differently, change the way I dress and choose more sensible shoes.

Yes, I’ve matured, but I’m still basically the same. The difference isn’t that I think or feel differently, but that I am better able to take a few deep breaths and measure my response before acting or speaking. I’m not convinced that makes me a responsible adult but I do seem to pass for one most of the time.

With my mother’s death I moved up a generation, and I’m still not sure I’m ready to match her strength, kindness and wisdom. It is something to aim for though. And I look forward to becoming a grandmother to put some of what I’ve learned over the years into action.

Chances are, I’ll still be looking around for an adult from time to time. 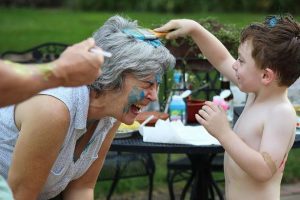